I reckon Greece could refuse to play along and start creating Euro digits in peoples bank accounts ............

What could the troika actually do, short of shutting down Greek banks or banning em from using the Euro ?

Either way it removes Greece from the Euro group, which apparently is unacceptable....

Ted Malloch, President Trump's proposed US ambassador to the EU, casts doubt on survival of eurozone and says Athens should return to drachma.
.............

Days after being accused of “outrageous malevolence” towards the EU for publicly declaring that it “needs a little taming”, The Guardian reports that Trump's nominee, Ted Malloch, said on Wednesday that the euro currency area in its present form was unlikely to last longer than 18 months.

“Whether the eurozone survives I think is very much a question that is on the agenda,” he told Greek Skai TV’s late-night chat show Istories. “We have had the exit of the UK, there are elections in other European countries, so I think it is something that will be determined over the course of the next year, year-and-a half.............


"I personally think [Trump] was right. I would also say that this probably should have been instigated four years ago, and probably it would have been easier or simpler to do,” Malloch said in the interview with the show’s chief anchor, Alexis Papahelas.

Malloch said: “I have travelled to Greece, met lots of Greek people, I have academic friends in Greece and they say that these austerity plans are really deeply hurting the Greek people, and that the situation is simply unsustainable. So you might have to ask the question if what comes next could possibly be worse than what’s happening now.”

The biggest unknown was not a euro exit, but the chaos it would likely engender as Greece moved to a new currency, he said.

“If the [IMF] will not participate in a new bailout that does not include substantial debt relief, and that’s what they are saying, then that, more or less, ensures a collision course with eurozone creditors,” Malloch added, saying it was imperative that EU member states forgave a substantial part of Greece’s mountainous public debt.

“Now we all know that primarily [puts pressure on] Germany, which remains opposed to any such actions, so I think it suggests that Greece might have to sever ties and do Grexit and exit the euro,” he said.
Click to expand...

Funny how speaking the plain truth seems so outrageous.

The game playing in Greece gets curiouser and curiouser.

German finance minister Wolfgang Schäuble went on TV saying the only way Greece can get a haircut is if it leaves the Eurozone.

The IMF reiterated that Greece will not be able to make its payments.

Greece insists the IMF is wrong, yet it wants credit relief.
...
Click to expand...

Greece is said to be considering ditching the Euro in favour of the US dollar in a devastating move which would humiliate Brussels.

Donald Trump's pick for EU ambassador Ted Malloch claimed senior Greek economists are looking into taking on the American banknotes if the country turns its back on the European currency.
...
Prof Malloch was interviewed on Greek TV, where he said Greece leaving the EU would be the best option for residents, and added the current situation is 'simply unsustainable'.

'I know some Greek economists who have even gone to leading think tanks in the US to discuss this topic and the question of dollarization,' he said, according to local press.

'Such a topic of course freaks out the Germans because they really don't want to hear such ideas.'

The likely candidate for the Brussels envoy job has previously stated he expects the Euro to crash by 2018.
...
Click to expand...

Be interesting to see if Malloch gets the ambassador job as he is a Brexiteer and openly hostile to the EU
Recommended for the job by no less than Nigel Farage according to that daily mail link.

Its all Trumps fault then (-:

It occurs to me that Trump really is the ideal chump to be the fall guy for the global political elites should plans they have set in motion over the last few decades really turn to shit.

IMF/troika is squeezing that rock...

The state’s fiscal performance last year has exceeded even the most ambitious targets, as the primary budget surplus as defined by the Greek bailout program, came to 4.19 percent of gross domestic product, government spokesman Dimitris Tzanakopoulos announced on Friday. It came to 7.369 billion euros against a target for 879 million euros, or just 0.5 percent of GDP.
...
This was also the first time since 1995 that Greece achieved a general government surplus – equal to 0.7 percent of GDP – which includes the cost of paying interest to the country’s creditors.

There is a downside to the news, however, as the figures point to overtaxation imposed last year combined with excessive containment of expenditure. The amount of 6-6.5 billion euros collected in excess of the budgeted surplus has put a chokehold on the economy, contributing to a great extent to the stagnation recorded on the GDP level in 2016.
...
Click to expand...

If Greece can achieve a higher than required surplus then so can all the other euro peripheral countries.

I begin to think they simply create the narrative they need to cover up the $200 000 printed by the worlds central banks every month.

Germany ( the only objector to printing ) had been worked around !

WTF will it take for reality to actually be relevant ?

Well, the steps Greece took to achieve their surplus don't appear to be sustainable. It will be interesting to see what the troika and Greek leadership do when the Greek economy finally craters under the weight that's been imposed upon it.

The BBC proclaims that all is well:

But what does "successfully completed" actually mean?

Those employed often have jobs for which they are overqualified, ...
...
While Greece's economy has stabilised, its accumulated debt pile stands at about 180% of GDP.

Under a deal hammered out with other eurozone states in June, it must keep strict control over its public spending, running a budget surplus, before interest payments, of at least 2.2% of GDP until the year 2060.

With serious questions over its ability to manage, some analysts predict it will still be paying off its current debt after 2060.

Greece's freedom to control its own economic affairs will be tempered by enhanced surveillance from the European Union's executive, the European Commission.
...
Click to expand... 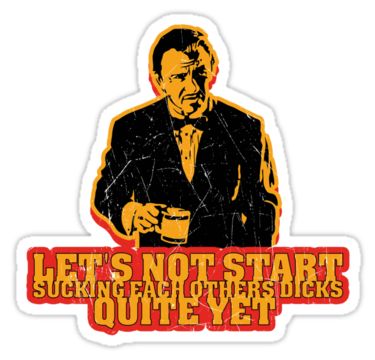 While I get the unemployment #'s are better then they were, still, almost 20% is crazy. I also wonder if they play with the numbers like they did here for barry. Lot's of people gave up looking for work, so weren't counted as unemployed, plus there were many who were underemployed, as they only had a part time job and/or they were working in a job well below their skill/pay grade. How's about you guys "loan" me a few million, knowing you'll never get paid back & once I blow through that, I'm going to demand a few million more or else I'll cause trouble? I can DM you my paypal info!
S

With respect, they didn't stop fudging numbers after Obama, neither did they start with him.
I am of the mindset that 90% of the information disclosed by ANY government in the US (Fed, state and local) is lies. Just as it is with the MSM, who support the gov's lies with their own. And I say 90% because there is always a little bit of truth revealed amid all the BS.
If they say unemployment is X%, then I know that it is at least twice that, if you were to count those who are underemployed, quit looking, moved out of the country or turned to crime.
The same for inflation. Does anybody really believe that we have an inflation rate below 3%?
I just heard this on the local news station, "we are now in the longest stock market rally, ever" with the add on being "experts say there is no reason to think this will not continue"... lol, ah the hubris.
It's a perfect example of the Stockholm syndrome. The victims (the unaware) refuse to blame the abuser (tyrannical government/police state) and actually identify with their captors.


"If you repeat a lie often enough, the people will believe it." - Joseph Goebbels

Greek banks appear to be under stress:

...
Soured loans at the country’s four systematically important banks stood at 88.6 billion euros at the end of June, equal to about half of Greece’s annual economic output. Greek bank stocks have dropped by around 97 percent since Alexis Tsipras was catapulted into office in 2015, leading to a clash with creditors.
...
Click to expand...