Individual US States push for gold and silver legalization

On Thursday, May 16, 2019, Kansas governor Laura Kelly signed into law House Bill 2140, which provides a sales-tax exemption on sales of gold and silver coins and on all gold, silver, platinum, and palladium bullion.
...
Click to expand...

"CHEYENNE, Wyo. (Feb. 12, 2020) – A bill introduced in the Wyoming House would establish a precious metals bullion depository in the state. It would not only create a safe place to store precious metals; it would also facilitate the everyday use of gold and silver in financial transactions in Wyoming and set the stage to undermine the Federal Reserve’s monopoly on money.

A coalition of nine Republicans introduced House Bill 198 (HB198) on Feb. 11. The legislation would create the Wyoming Bullion Depository.

“The depository is established to serve as the repository for and to safeguard and administer bullion and specie that may be transferred to or otherwise acquired by the state or an agency, political subdivision or another instrumentality of the state.”

Use of the Wyoming depository would not be limited to state agencies. Individuals, businesses, charities and banks could also store precious metals in the facility.

Significantly, the depository would feature a process to transfer gold or silver in depositor’s account to other account holders, individuals or businesses by check or electronic means. In practice, private individuals and entities would be able to purchase goods and services, using assets in the vault the same way they use cash today. It would essentially set the stage to establish a specie- and bullion-based bank introducing currency competition with Federal Reserve notes.

In 2018, Wyoming set the foundation for using gold and silver in everyday transactions when it enacted a law that defines gold and silver specie as legal tender and eliminated all taxes levied on it.

In 2015, Gov. Greg Abbot signed a similar bill into law creating a state gold bullion and precious metal depository in Texas. That depository received its first deposits in the summer of 2018.

The effect has been most dramatic in Utah where United Precious Metals Association (UMPA) was established after the passage of the Utah Specie Legal Tender Act and the elimination of all taxes on gold and silver. UPMA offers accounts denominated in U.S. minted gold and silver dollars. The company also recently released the “Utah Goldback.” UPMA describes it as “the first local, voluntary currency to be made of a spendable, beautiful, physical gold.”

Love to see that Wyoming is following Texas' lead in building a repository, but Professor Greene must know that a "reverse Gresham's effect" is never going to happen until Federal taxes (sales and capital gains) on precious metals are undone.

More state lawmakers than ever are introducing sound money legislation in the opening days of the 2021 legislative session.
...
Here’s a rundown on newly introduced state legislation:

Two of Mississippi’s neighbors, Alabama and Louisiana, have already exempted precious metals from sales taxes – so the Magnolia State will continue to be at a competitive disadvantage if it maintains its current policy of taxing real money.

And Jones’s House Joint Resolution 3379 would create a committee to explore the feasibility of a state-chartered metals depository. Finally, the representative from Laurens, South Carolina, has put forward House Bill 3377, which reaffirms that gold and silver are money.

Meanwhile, Tennessee Representative Bud Hulsey and Senator Paul Rose introduced House Bill 353 and Senate Bill 279, respectively. These bills would create a study commission regarding a gold depository for the Volunteer State and a report of findings to the state Senate and House of Representatives.

In Arkansas, a measure that would eliminate the sales tax on precious metals purchases has been submitted for introduction by Representative Delia Haak, Representative Robin Lundstrum, and Senator Mark Johnson. Senator Johnson introduced a similar measure in 2019.

In Alabama, Representative Andrew Sorrell will re-introduce a measure to remove income taxes from gold and silver. While Alabama enacted a precious metals sales tax exemption into law in 2018, the original bill sponsor, Senator Tim Melson, plans to introduce a bill this year to clear up some ambiguity in the 2018 language and to push out a sunset provision for another 5 years.

And Idaho Representative Ron Nate and Senator Steven Vick have put forward House Bill 7 to permit the State Treasurer to hold a portion of state funds in physical gold and silver. Idaho hopes to join Ohio and Texas as one of the few states make such a move to secure state assets against the risks of inflation and financial turmoil and/or to achieve capital gains as measured in Federal Reserve Notes.

Washington State removed sales taxes against sound money decades ago, but a lawmaker hopes to take it a step further. House Bill 1417, introduced by Representative Rob Chase and co-sponsored by Representative Bob McCaslin, seeks to eliminate all Evergreen State taxes on the only form of money mentioned in the U.S. Constitution.
...
Click to expand... 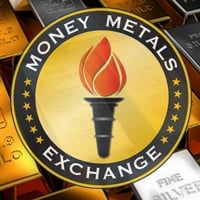 More state lawmakers than ever are introducing sound money legislation in the opening days of the 2021 legislative session. With debt-funded spending and money-printing in our nation’s capital at breakneck speed, will states see the wisdom of enacting measures to counteract these policies of...

I missed this one from a week ago:

House Bill 7, the Idaho Sound Money Reserves bill, found overwhelming support in the House, passing by a 51-19 vote. The bill will now head to the Idaho Senate for a hearing, which is expected to start as early as next week.

According to the bill, the proposed legislation would permit – but not require – the State Treasurer to hold some portion of state funds in physical gold and silver to help secure state assets against the risks of inflation and financial turmoil and/or to achieve capital gains as measured in Federal Reserve Notes.
...
Click to expand... 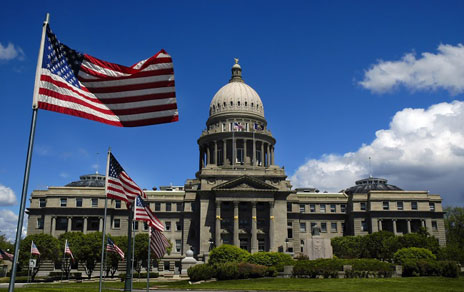 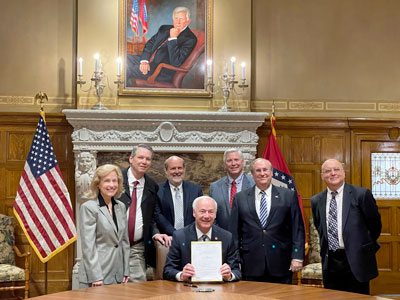