By the end of 2016, 1.6 billion people will have a new gold investment standard for the first time in modern history. These 1.6 billion people are the Muslims of the world who constitute nearly 25% of the 6.9 billion people on the planet. This new ‘gold standard’ is the Sharia gold standard developed as part of a three-party collaboration between AAOIFI, the World Gold Council (WGC) and Amanie Advisors which will be announced Tuesday, December 6th.

The new Sharia or Islamic gold standard, ‘will provide guidance from a Sharia perspective on the usage of gold in financial and investment transactions for Islamic financial institutions and participants,’ the WGC states on its website as we reported back in May . ‘The Standard also aims to increase transparency and harmonisation regarding the use of gold in various market practices.’

The new standard is expected to act as an internationally recognised consensus on regular gold savings plans (gold accumulation plans), allocated and segregated gold bullion storage, gold certificates, physically-backed gold ETFs, certain gold futures and gold mining equities.
...
The World Gold Council stated in its October newsletter that they hoped the new standard will ‘bring all the strategic benefits of investing in gold to Islamic investors.’ The choice of assets that Muslims are currently able to invest in is considered to be ‘so limited’ by the WGC that they are expecting the benefits of a gold investment standard to be ‘even more pronounced.’

The new Sharia gold standard will set a future path in place for gold products and those who invest in Sharia-investible assets. Once the Standard is announced on December 6th, we are likely to see increased development of new products due to the increased customer base and some diversification amongst Shariah-compliant offerings which will likely offer options for savings, hedging and diversification. So far, none of these things have been available on a standard Sharia compliant basis.

Natalie Dempster has been quoted by Reuters stating that the new guidelines for holding gold-backed products may be additionally appealing to Islamic banks who are/will be required under Basel III rules to increase the amount of High Quality Liquid Assets (HQLAs):

“Gold for its nature could fit into HQLA buffers that Islamic banks could hold…Since the financial crisis, banks have been required to set aside pockets of so-called high-quality liquid assets to protect them against another systemic liquidity crisis…Basel gave national supervisors in Islamic jurisdictions the right to define high-quality liquid assets themselves. And I think gold will fit very well there. It is an extremely liquid market.”

The new Sharia Gold Standard is set to be announced on the 6th December at the World Islamic Banking Conference. “Shariah Standard on Gold” will provide “guidance from the Shariah perspective on the usage of gold in financial and investment transactions for Islamic financial institutions and participants,” according to Natalie Dempster of the World Gold Council.

It is believed that it will state that gold investments must be backed by physical gold. In truth, whilst there have been some draft rounds of the Standard and quite a bit of publicity, no one knows what is set to be revealed in the ‘guidance’.

It may still exclude gold futures contracts, a draft by the WGC states that whilst gold as a currency can be traded on a spot basis, however if it is seen as a commodity then it could be the subject of a future sale under the principle of salam, or deferred delivery sale.

What the standard will not include is guidance on the sourcing of gold, which is unsurprising in some respects as their is nothing directly about this in the Quran. However, it does require its followers to be ethical – something that is an important issue in the gold market these days. “It will provide clarity on gold’s use in financial services and harmonise the relevant rules across markets, thereby creating greater access to gold,” said Natalie Dempster, Managing Director, Central Banks and Public Policy, WGC.

Overall the Standard is expected to achieve the following:...
Click to expand...

The gold market saw the establishment this week of a new set of rules that has the ability to shake up the industry.

The launch of the Shariah Standard on Gold, which offers guidance on the use of modern gold financial products that meet the requirements of the religious law governing members of Islam, opens the market for the yellow metal to potentially significant demand from the Muslim world.

The standard announcement is here (link to .PDF on this page with the actual standard): http://shariahgold.com/about-the-shariah-gold-standard

Goldcore peeps break down what the new standard means in better detail here:

Bottom line - Muslim world will be buying more (have access to more) gold investment products. The standard requires such products to have physical gold backing. Expect higher demand for physical gold from the Muslim world.

so much demand for physical

what other reason can there be for the price falling so far )-:

Well the price isn't determined by the physical market, but you knew that. Institutional money is chasing yield and apparently doesn't like precious metals at the moment.

A digital gold-trading platform compliant with Islamic finance norms is about to get launched in the UK as early as this month to tap a growing trading market for the precious metal in volatile times.

Minted, the trading name of The Minted App Ltd, is a start-up domiciled in London that aims at making gold trading 'simple, secure and affordable and attract digitally-versed retail investors to a low-risk investment, according to Shahad Ahmed, one of the firm's co-founders.

Minted launched the beta version of its platform in early May and plans to introduce a full-fledged version in mid-June and a mobile app by the end of July, pending final regulatory approval from the UK's Financial Conduct Authority to operate a digital money business.

The concept of Minted is based on purchasing physical gold at highest purity of 24 karat and to store it on behalf of the buyer at a vault in London's Mayfair district without storage fee with complimentary insurance for the first 12 months, whereby it would be also possible on request to send the physical gold to verified customer addresses in the UK. The gold is provided by several refineries, among them Istanbul, Turkey-based refinery Nadir Metal Rafineri. Investors can start purchasing as much gold as they wish or resort to savings plans with instalments of as little as £1 per day to make gold 'accessible for everyone, as Ahmed puts it.

With regards to Shariah-compliance of his investment platform, Ahmed told Islamic finance information platform Salaam Gateway that the idea was to fill a gap in the investment market for Muslims which he believes was 'currently underserved and to provide 'a fantastic low-entry, Shariah-compliant proposition for Muslims to invest in a commodity they are familiar with.

In addition to the gold investing platform, Ahmed plans to set up a 'digital challenger bank next year which aims at providing more investment options for gold, as well as for silver and other precious metals. While it would not be a sole Shariah-compliant bank, it would focus on ethical investment products which are also Shariah-compliant.

With a total of £1mn in seed funding, of which it already received half from a venture capital investor, Minted plans to expand to Germany and France and, later on, to Turkey, the US, South Asia and Africa.

Gold trading has only recently become more popular in Islamic finance. Although gold is much used in jewellery in the Muslim world, it had played a minor role in trading. Therefore, while Shariah-compliant gold investment products have existed at least since 2009, they have not seen a significant level of usage.

This has changed with the introduction of the Shariah Gold Standard by the World Gold Council together with the Accounting and Auditing Organisation for Islamic Finance Institutions (AAOIFI) in 2016 which did away with initially contradictory opinions and finally allowed a collective fatwa on permitting gold trade and make Shariah-compliant gold investment products available. This includes, besides physical gold trading through gold investment accounts, also gold savings plans, purchase of gold certificates or exchange traded funds backed by physical gold, as well as gold spot contracts. In addition, the AAOIFI-backed standard is also permitting a number of other transactions and uses of gold, including gold-backed sukuk, gold used for forward financing (salam), gold-backed leasing (ijarah), gold as collateral (al-rahn), gold as security deposit (hamish jiddiyyah) or for commitments and obligations in Shariah-compliant financial transactions (wa'd). The new standard also applies to silver and potentially to other precious metals.
...
Click to expand... 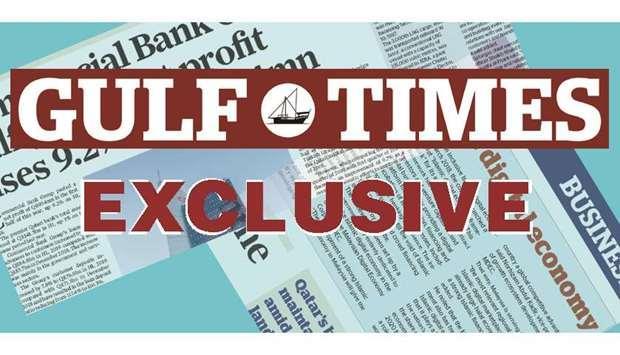 A digital gold-trading platform compliant with Islamic finance norms is about to get launched in the UK as early as this month to tap a growing tradi
menafn.com

Bold emphasis is mine. How in the world will the economics work out for this? There is no free lunch. But bully on them if they have figured a way to make it easier for folks in the UK to buy physical gold.
L

Digital gold trading? I'll let others purchase and sell Xs and 0s by Sharia, Old English, Constitutional or whatever kind of law. I'll stick with in the safe in my closet au.
You must log in or register to reply here.
Share:
Facebook Twitter Reddit Pinterest Tumblr WhatsApp Email Link
Top