Bolivia, Kazakhstan, Tajikistan and Thailand spent a collective $1.52bn (£942m) buying 26.7 tons of gold. However, the Mexican central bank was a seller, reducing its holding by 0.1 ton, according to data compiled by Bloomberg.

Actually, about a year I was in Peru and read an article in one of their papers that wondered WHERE Peru's gold was... Nobody had done an audit, the Peruvian .gov wasn't saying, etc. Sounds like the USA and Ft. Knox!

The Dutch also recently started asking those questions about their supposed gold holdings:

...
According to data from the IMF, central banks continue to be significant net buyers of gold. Mexico has added most to its reserves, with a net 83.7T of gold between January and September 2011, followed by Russia, which has added 59.3T this year, and Thailand, which has added 52.9T (see chart).

Central Bank Purchases of Gold So Far in 2011

Many market participants and non gold and silver experts tend to focus on the daily fluctuations and “noise” of the market and not see the “big picture” major change in the fundamental supply and demand situation in the bullion markets – particularly due to investment and central bank demand from China, India and the rest of an increasingly wealthy Asia.

The central banks of India and China are rightly believed to be again quietly accumulating gold and the IMF figures do not include this potentially very important and significant source of demand.
...
Click to expand...

Czech Republic? What the hell were they thinking.

I don't have the numbers handy, but the Central Bank of DoChenRollingBearing made decent percentage purchases of gold in the past year.

Its not only Central Banks buying gold, but Australians and people in small towns in France...

dereksatkinson said:
Czech Republic? What the hell were they thinking.
Click to expand... 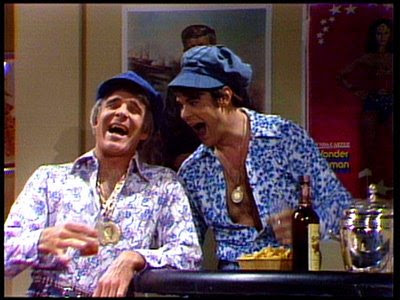 You can tell that they are not really "Czech" brothers because they are not drinking Pilsner Urquell. Hey just an old photo interpreter observing this...

News from the Financial Times via ZH:

...
Data from the Hong Kong government showed that China imported a record 56.9 tonnes in September, a sixfold increase from 2010. Monthly gold imports for most of 2010 and this year run at about 10 tonnes, but buying jumped in July, August and September. In the three-month period, China imported from Hong Kong about 140 tonnes, more than the roughly 120 tonnes for the whole 2010.
...
Click to expand...

How do you say "tradition" in Chinese?

According to country's leading gold body, the Bombay Bullion Association,gold imports may be between 950 metric tons and 1,000 tons this year after country's consumption rose to a record 963.1 tons last year.
...
Click to expand...

A significant portion of India's demand is for jewelry, not necessarily central bank or investment demand.

The Central Bank of Russia has purchased 90 metric tons of gold to date in 2011 and is on course to buy 100 tons before the end of the year, deputy head of the bank Sergey Shevtsov said as quoted by the bank's press service.

The bank said earlier it would aim at buying 100 tons of gold every year and increase the proportion of gold in the country's reserves as a safeguard against volatility on the international financial markets.
...
Click to expand...

...
Market participants continue to be surprised by gold’s continuing weakness and some are even questioning gold’s safe haven status. However, the fundamentals of broad based global physical demand remain very sound as evidenced by the central bank gold buying data today.

Germany’s gold reserves are at 3,396.3 tons, the IMF data show. The country is the second-biggest holder after the U.S., according to the World Gold Council. A Bundesbank spokesman confirmed the sale German gold and said it was done to mint commemorative coins, which is the only reason it sold bullion during the past few years.

Central banks are expanding reserves for the first time in a generation due to unprecedented monetary and systemic risk.

I thought this video was interesting.

Also,A significant portion of India's demand is for jewelry, not necessarily central bank or investment demand.

That is rapidly changing, their people are switching to bars.

Also,I am sure most here know China & India alone account for 38% of TOTAL Gold purchases worldwide.India,and China are also now sucking up Silver at a ferocious pace.

The vast export of Chinese silver exports do not come from THEIR mines,it comes from tailings shipped in from overseas by the untold tons (that are SO toxic) no other nations will allow their people to extract it.
This is due to the chemicals needed to do so.

The Chinese .gub,are oblivious to losing their citizens, in the process.
Last edited: Nov 26, 2011
D

Also,A significant portion of India's demand is for jewelry, not necessarily central bank or investment demand.
Click to expand...

Jewelry and investments are not entirely separate. In many cultures the wife's jewelry is their savings.

escobar said:
Chinese govt advise gold buying - why? What is their plan?
Click to expand...

They are apparently scared of the people getting cross with them when their paper savings goes down the plughole with all other fiats.

At odds with those cuddly, people friendly, Western Gov's then .....
D

rblong2us said:
They are apparently scared of the people getting cross with them when their paper savings goes down the plughole with all other fiats.

At odds with those cuddly, people friendly, Western Gov's then .....
Click to expand...

If the Chinese leadership is encouraging PM investments in order to avoid social unrest in their country then they are wiser than I had ever imagined. Now if we could get HR 1098 passed maybe we would have the chance to avoid that same unrest.

dontdeBasemebro said:
If the Chinese leadership is encouraging PM investments in order to avoid social unrest in their country then they are wiser than I had ever imagined. Now if we could get HR 1098 passed maybe we would have the chance to avoid that same unrest.
Click to expand...

Its also a smart way to build your countrys total gold holding.

In the event of a worldwide relaunch of currencies with gold backing, its probably less important who holds the gold as long as its within your country.

Ok theres a new class of wealthy but when was that ever a problem for Govs ?