Guess who is going to bail out Bank of America

This story from Bloomberg just hit the wires this morning. Bank of America is shifting derivatives in its Merrill investment banking unit to its depository arm, which has access to the Fed discount window and is protected by the FDIC.

This means that the investment bank's European derivatives exposure is now backstopped by U.S. taxpayers. Bank of America didn't get regulatory approval to do this, they just did it at the request of frightened counterparties. Now the Fed and the FDIC are fighting as to whether this was sound. The Fed wants to "give relief" to the bank holding company, which is under heavy pressure.

This is a direct transfer of risk to the taxpayer done by the bank without approval by regulators and without public input. You will also read below that JP Morgan is apparently doing the same thing with $79 trillion of notional derivatives guaranteed by the FDIC and Federal Reserve.

What this means for you is that when Europe finally implodes and banks fail, U.S. taxpayers will hold the bag for trillions in CDS insurance contracts sold by Bank of America and JP Morgan. Even worse, the total exposure is unknown because Wall Street successfully lobbied during Dodd-Frank passage so that no central exchange would exist keeping track of net derivative exposure.
...
Click to expand...

They set us up the (derivative) bomb.

...
The reason that commentators like Chris Whalen were relatively sanguine about Bank of America likely becoming insolvent as a result of eventual mortgage and other litigation losses is that it would be a holding company bankruptcy. The operating units, most importantly, the banks, would not be affected and could be spun out to a new entity or sold. Shareholders would be wiped out and holding company creditors (most important, bondholders) would take a hit by having their debt haircut and partly converted to equity.

But it’s even worse than that. During the savings & loan crisis, the FDIC did not have enough in deposit insurance receipts to pay for the Resolution Trust Corporation wind-down vehicle. It had to get more funding from Congress. This move paves the way for another TARP-style shakedown of taxpayers, this time to save depositors. No Congressman would dare vote against that. This move is Machiavellian, and just plain evil.

The FDIC is understandably ripshit. Again from Bloomberg:

The Federal Reserve and Federal Deposit Insurance Corp. disagree over the transfers, which are being requested by counterparties, said the people, who asked to remain anonymous because they weren’t authorized to speak publicly. The Fed has signaled that it favors moving the derivatives to give relief to the bank holding company, while the FDIC, which would have to pay off depositors in the event of a bank failure, is objecting, said the people. The bank doesn’t believe regulatory approval is needed, said people with knowledge of its position.
Click to expand...

The nomination went to the U.S. Senate today, according to an e-mailed statement from the White House. That would almost complete an FDIC board that has been reduced to just three of five voting members because of departures and membership changes required by the Dodd-Frank Act.
...
Hoenig, who was president of the Kansas City Fed for 20 years, repeatedly urged the Federal Open Market Committee to tighten monetary policy to prevent inflation from accelerating and asset-price bubbles from emerging.

As a voting member of the FOMC last year, Hoenig opposed the Fed’s pledge to keep rates “exceptionally low” for “an extended period,” the decision to reinvest proceeds from maturing mortgage-backed securities, and a $600 billion round of bond purchases. His eight straight dissents tied former Governor Henry Wallich’s record in 1980 for most in a single year.
Click to expand...

Reggie Middleton said:
... I explicitly said, on air, that the Federal Reserve endorsed this country's most dangerous bank in shifting its most toxic assets directly onto the back of the US taxpayer through their most sacrosanct liquid assets, their bank accounts. In addition, when the shit hits the fan, those very same assets will be second in line for recovery, for the derivative counterparties will get first grabs.
...
Now, back to the point, how much can US depositors (you) expect to get when (notice I didn't say if) Bank of America Lynch[ing this] CountryWide goes bust? ...
...

WSJ said:
The group of more than a dozen investors who hold debt in Lehman’s so-called operating subsidiaries today lobbed a proposal that would pay some creditors up to 60.4 cents for each dollar of their claims, while offering senior Lehman bondholders a 16% recovery, reported Deal Journal colleague Eric Morath.
...
Lehman’s own proposal to pay back debt holders calls for just a 21.4% recovery for unsecured creditors. Under Lehman’s plan unveiled in January, the operating company creditors would receive less than 60.4 cents on the dollar.
...
Click to expand...

Whoa, a recovery of between 21 and 60%??? That doesn't sound to promising! You know why it doesn't? Because it's not accurate. The derivative counterparties of the bank get first shot at that 21 cents to 60 cents on the dollar, not the FDIC insured bank depositors. After the counterparties finish feasting at the trough, what would you think is left over for the Aunt Mabels of the US with their lifetime savings tied up in CDs paying .23%, which your aunt was perfectly willing to accept in exchange for the safety and protection of her US government and the FDIC (please excuse me as the taste of bile interferes with my ability to type this).
...
Click to expand...

... the move to put the derivatives exposures of Merrill Lynch under the lead bank could be preparatory to a Chapter 11 filing by the parent company. The move by Fannie Mae to take a large junk of loans out of BAC, the efforts to integrate parts of Merrill Lynch into the bank units earlier this year, and now the wholesale shift of derivatives exposure all suggest a larger agenda.
...
Click to expand...

I have recommended to all my friends, family, and people I work with, to leave BoA.

The thing about bank runs, is that they all start as a drip, then a trickle, then a stream, then a river. Apparently it is bad enough already that folks are getting harassed about it when they are closing their accounts by management. Police have even intervened on behalf of the TBTF banks.

Not sure of the source. Just saying.

Oct. 27 (Bloomberg) -- Congressional Democrats are asking regulators whether they explored possible risks connected to Bank of America Corp.'s moving of derivatives from Merrill Lynch into its deposit-taking unit after a credit downgrade.

Eighteen lawmakers signed onto letters from Representative Brad Miller and Senator Sherrod Brown seeking information about whether agencies consulted on the transfer considered the potential impact on the bank's health and customer accounts.

"Because of the favored treatment of derivative contracts in receivership, it appears highly likely that losses on derivatives would result in losses to insured deposits ultimately borne by taxpayers," Miller wrote in his letter, which was signed by eight House Democrats. The transfers were first reported by Bloomberg News on Oct. 18.
...

"If federal regulators give the green light to Bank of America to move its risky derivative schemes it acquired from Merrill Lynch into its federally insured commercial banking subsidiary that would be outrageous," Sanders said.

"What Bank of America is doing is perfectly legal -- and that's the problem," Hinchey said.

Hinchey is among more than 40 House lawmakers who have signed on to a bill that would reinstate the Glass-Steagall Act, the Depression-era law that enforced separation of depository institutions from investment operations before it was partially repealed in 1999.

"The FDIC is in effect being forced to insure Wall Street's risk-taking," Hinchey said in a statement. "This is the opposite of capitalism -- the risks are socialized and the benefits are privatized."
...
Click to expand...

Bank of America Corp employees are flooding rival companies with resumes as a major cost-cutting program gets under way at the second-largest U.S. bank.

Competitors say they are getting an influx of calls, emails and LinkedIn connection requests as the bank embarks on a plan to slash 30,000 jobs over the next few years. The employees are scouting jobs in retail, commercial and investment banking, bankers and recruiters said.
...
Click to expand... 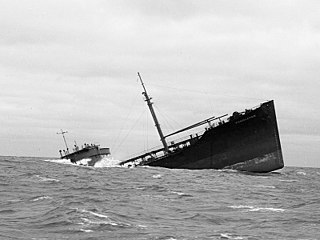 The journey of a thousand leagues starts with a sinking ship!
K

I forget where I read it, but the FDIC has 30 days to decide whether they will or will not allow that move to stay put, as I read it.

wow... that really puts it into perspective! thanks for sharing that!
D

The FDIC has thirty days to "soften" the effect of their incompetence. Intentionally so.
The derivatives mentioned, are a needle in the haystack of derivatives.
Add synthetic derivatives to the haystack and the needle becomes an single electron in that same haystack.

"Move along, there is nothing to see here, move along."

Consider buying an extra wheelbarrow. We all will need one.