A four-year investigation into the possible manipulation of the the silver market looks increasingly likely to be dropped after US regulators failed to find enough evidence to support a legal case, according to three people familiar with the situation.

The Commodity Futures Trading Commission announced that it was investigating "complaints of misconduct in the silver market" in September 2008, following a barrage of allegations of manipulation from a group of precious metals investors.

In 2010, Bart Chilton, a CFTC commissioner, said that he believed there had been "fraudulent efforts" to "deviously control" the silver price.

But after taking advice from two external consultancies, the first of which found irregularities on certain trading dates that it believed deserved more analysis, CFTC staff do not have sufficient evidence to bring a case, according to the people familiar with the situation.

The agency's five commissioners have not yet formally determined the outcome of the investigation, leaving the possibility that staff could be instructed to dig deeper. A CFTC spokesman said: "The investigation has not reached its conclusion." He declined further comment.
...
Click to expand...

...
Commissioner Chilton has informed us that ‘The Financial Times report related to silver is not only premature, but inaccurate in several respects‘.

As to whether Chilton believes the silver market has been manipulated the Commissioner informed us:

‘I continue to believe, consistent with my previous statements to which you referred, and based upon information from the public, that there have been devious efforts related to moving the price of silver. Incidentally, I also believe there have been silver and gold market anomalies outside of the silver investigate window that have raised, and continue to raise, market concerns.‘

The Doc’s full correspondence with Commissioner Chilton is included below:
...
Click to expand...

Knight isn't too big to fail. JPM is. GoodLuckWithThat. 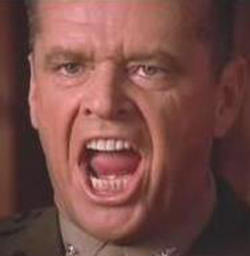 "...this could have been a 'trial balloon' to gauge the reaction and blowback if they did ditch the investigation, not wanting to expose the findings, or expose a coverup to later instances of perjury."

Guys.. they had to raise the capital in the open market. No conspiracy here. The whole company almost went under because of one dumb a$$.

yesterday's Capital Account was on that, with GATA's Chris Powell:

Are The Metal Markets On A COMPUTER PROGRAMMED LOCK DOWN?

U.S. regulators on Wednesday closed a five-year investigation into alleged manipulation of the silver market, saying 7,000 staff hours of investigation produced no evidence of wrongdoing.

The decision by the Commodity Futures Trading Commission was a defeat for silver commentators and investors who urged the probe, saying big banks were using futures and options to hold prices down. Big traders had dismissed the investigation as a waste of time and the charges as a conspiracy theory.

"Based upon the law and evidence as they exist at this time, there is not a viable basis to bring an enforcement action with respect to any firm or its employees related to our investigation of silver markets," the CFTC said.
...
Click to expand...

Move along now, nothing to see here. Hey! Look over there! Circus tickets!

And on that news, silver gets taken to the woodshed. Nice.