Drumbeats for the cashless society

"Following reports that Beijing had "quarantined" dirty cash, the WHO warned on Monday that the virus could survive on banknotes, potentially spreading Covid-19 within communities, and across the world. To reduce the risk of being infected by money, the NGO advised citizens in countries struggling with outbreaks to favor digital payments when possible, the Daily Telegraph reported.

That the WHO is telling the public to avoid cash is hardly a surprise: research has found that coronaviruses have been found to live on surfaces for as long as 9 days.

During the statement, a WHO spokesman referenced a Bank of England study claiming that banknotes "can carry bacteria or viruses" and urged people to wash their hands. Other studies have shown that 90% of US $1 bills had bacteria present, and one Swiss study found that viruses had survive on the faces of Swiss francs for days.
The WHO's warnings follow the People's Bank of China..." 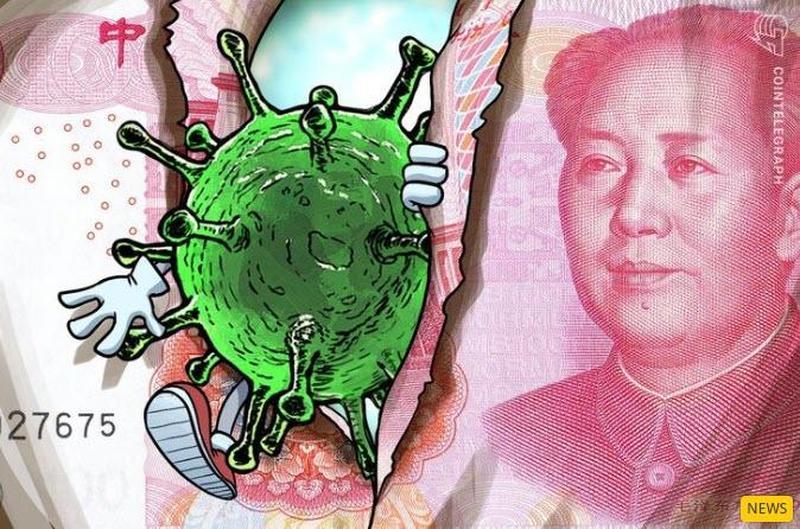 Some crossover now between this thread and the total perspective vortex thread...

...
The solution: We need a digital dollar, a currency that all Americans can use to transact in the 21st century economy. And this crisis offers an ideal opportunity to create it.
...
Click to expand...

To help provide U.S. taxpayers with stimulus payments to get through the recession brought about by the coronavirus, the idea of a digital dollar has been brought to light once again by legislators. The Automatic BOOST to Communities Act (ABC Act) reintroduces the digital dollar concept and uses similar language to legislation brought forward in March per Coindesk.
...
Under the ABC Act, Congress would have the Fed make “FedAccounts” that would let citizens, companies and residents in the nation access financial services. Legislation from Thursday indicated per the report that “no later than January 1, 2021, the Secretary shall offer all recipients of BOOST payments the option to receive their payments in digital dollar wallets.”

The idea first showed up in the “Financial Protections and Assistance for America’s Consumers, States, Businesses, and Vulnerable Populations Act” and the “Take Responsibility for Workers and Families Act.” ...
Click to expand...

... In a new project by the Atlantic Council Global Business and Economics Center and Harvard University Belfer Center we will begin tracking what the world is doing on central bank digital currencies: ...
Click to expand...

They have an interactive map of the world. Hover your cursor over a country to see a report of their status with respect to a CBDC.
L

I maintain a cash stash with my PMs, firearms, and ammo in safes. Will continue to do so. I'm looking forward to it becoming contraband. I love contraband!
F

lefty said:
I maintain a cash stash with my PMs, firearms, and ammo in safes. Will continue to do so. I'm looking forward to it becoming contraband. I love contraband!
Click to expand...

Weed isn't contraband where I live, but if it is where you live, I got ya.

What is happening in Australia? They are dominating the "cashless society news" right now...

Sky News host Chris Smith says the coronavirus pandemic quickly morphed Australia into a cashless society, but as more of our “online world is compromised, the more cash we’ll stash”. One of the major changes that quickly morphed into our daily lives during Covid-19, was cashless spending,” Mr Smith said. “The supermarkets, large retailers and even the local fruit and vegie guy and pharmacist, were telling us to tap or swipe”. Mr Smith said as society becomes increasingly cashless you can see why the big bankers are “rubbing their hands together; no more staff or rent to pay for branches; and no more servicing or repairing of expensive ATMs”. However, he said as Australians are being warned of increasing online attacks to their personal information, again it has shown that during “times of crisis, makes cash king”.
Click to expand...

Is it wise for Australia to become a fully cashless society?

The coronavirus pandemic has led many Aussies to use contactless payment systems instead of physical cash, whether it’s using their card or their phone (think Apple Pay). According to a survey by Mastercard, 44% of Australians said they’re using cash less often since the pandemic began.

It’s not hard to imagine why, in the middle of a global respiratory pandemic. 80% of respondents in the Asia Pacific said they saw contactless payments as a cleaner payment option. In the future, 75% of Aussies in the survey said they’d keep using contactless payments once the pandemic is over.
...
Click to expand...

The coronavirus pandemic has led more Aussies to use cashless payment options. Adjunct Professor at Swinburne University, Steve Worthington told Business Insider Australia why it wouldn’t be ideal for Australia to become a fully cashless society as it would be “unfair” to certain groups like the...

...
Australia is already well on the way to a cashless society.

The Reserve Bank's 2019 Consumer Payments Survey, released in March, found that in the space of a decade cash went from the dominant form of payment to now barely cracking a quarter of transactions.

But it's not all consumer-driven.

Last year, the Federal Government proposed laws to ban cash payments of $10,000 and more, threatening jail sentences of up to two years for people who didn't obey.

Meanwhile, cryptocurrencies, once the dream of Silicon Valley tech-heads and Facebook, are now being seriously considered by governments around the world.

And in recent years the likes of India and the European Central Bank have phased out higher-value notes.

It's led global firm Research and Markets to estimate that Australia could become the Asia-Pacific's "first cashless society" by 2022. The Commonwealth Bank thinks we'll probably get there by 2026.
...
Click to expand... 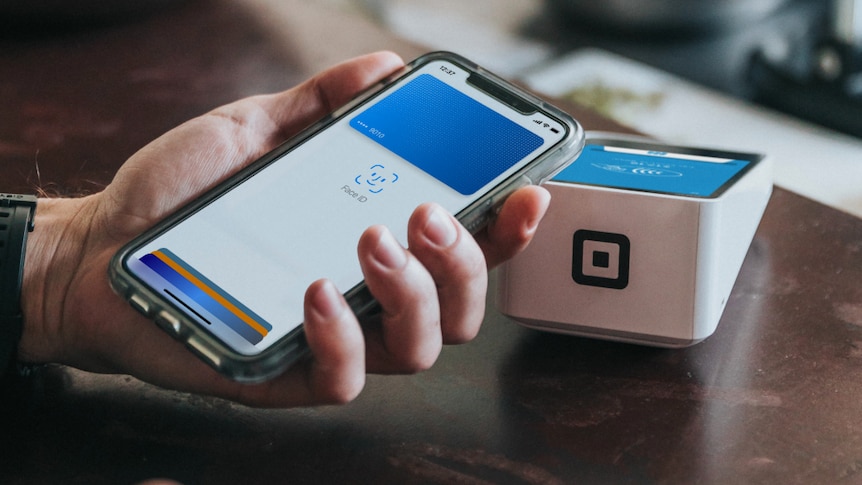 The world's most cashless country has a warning for Australia

As Australia flirts with the idea of a cashless society after coronavirus, Sweden has a warning: be careful what you wish for.

...
Cash was already being edged out in many countries as urban consumers paid increasingly with apps and cards for even the smallest purchases. But the coronavirus is accelerating a shift toward a cashless future, raising new calculations for merchants and enriching the digital payments industry.
...
... In the United States, 40 million customers went online for groceries in April. In Italy, where cash is king, the volume of e-commerce transactions has surged more than 80 percent, according to McKinsey & Company.
...
Click to expand... 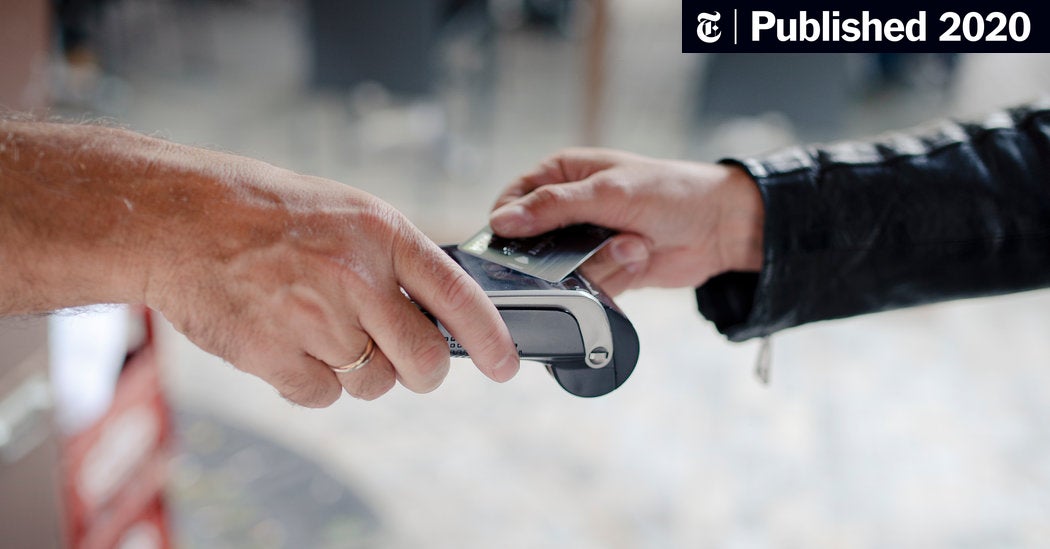 Our Cash-Free Future Is Getting Closer (Published 2020)

The pandemic is propelling a shift toward a cashless society in ways that no other single event has. Experts say that’s not necessarily a good thing.

Recreational weed is contraband in my state. I smoked a LOT of weed for a lot of years as well as ingesting a lot of chemical mood enhancement products. No longer, I'm prone to a-fib and refrain from system impacting substances down to those as common as salt. Contraband weed possession is in the rearview. My only intoxicant ingestion is a (as in 1) short glass of red wine every evening, no buzz.

So back in April or so, ideas for delivering stimulus funds to people via electronic Fed wallets (and perhaps with new Fed created digital crypto) were being discussed in DC (Congress). See post #124 above for reference.

Fed proxies (ie. former Fed officials) are floating the idea to the public via Bloomberg now:

... Former central bank officials Simon Potter, who led the Federal Reserve Bank of New York’s markets group, and Julia Coronado, who spent eight years as an economist for the Fed’s Board of Governors, are among the innovators brainstorming solutions. They propose creating a monetary tool that they call recession insurance bonds, which draw on some of the advances in digital payments. ...

JULIA CORONADO: Congress would grant the Federal Reserve an additional tool for providing support—say, a percent of GDP [in a lump sum that would be divided equally and distributed] to households in a recession. Recession insurance bonds would be zero-coupon securities, a contingent asset of households that would basically lie in wait. The trigger could be reaching the zero lower bound on interest rates or, as economist Claudia Sahm has proposed, a 0.5 percentage point increase in the unemployment rate. The Fed would then activate the securities and deposit the funds digitally in households’ apps.
...
BM: What are the objections from the Fed, and other challenges?

SP: The reaction from some of my former colleagues a while ago to the notion of helicopter money was not the most embracing. Some of those concerns have disappeared.

The two objections were related to the switch of deposits in normal times from the traditional banking system into digital accounts and the extra stress in crisis times as people want to get safe. An account with the central bank is safe because the central bank can always print money to honor that claim. A private bank can’t do that because their asset side has all kinds of credit on it. What we’ve created is a narrow bank-type model [narrow banks only take deposits and invest them in the safest assets] that’s small and fit for purpose, with a cap of $10,000 [per person].
...
BM: Have you seen similar trials elsewhere?

SP: Sweden is a leader in thinking about this in part because they had a large decline in cash use. China is testing versions of digital currency. Fintech firms in the U.S. are interested in this—there’s a stable coin version of our proposal.

There’s easily sufficient innovation within the U.S. to do this. How to do it in a way that’s well regulated and serving the public purpose is something the Fed should focus on over the next few years. It would be a key accomplishment of the Fed and Treasury to get this infrastructure in place.
Click to expand...

...
In Shenzhen, the high-tech metropolis that just extended China’s largest digital yuan trial, participants interviewed by Bloomberg showed little interest in switching from mobile payment systems run by Ant Group Co. and Tencent Holdings Ltd. that have already replaced cash in much of the country. Some balked at the possibility a digital yuan might give authorities easier access to real-time data on their financial lives.
...
Click to expand...