...
Gold was the only asset standing tall in the sea of red on Wednesday morning as stocks, commodities, and cryptocurrencies plunged. The overall trend in gold has shifted to the bullish side after the precious metal bottomed out at $1,680 at the end of March and started its approach to the $1,900 an ounce level.

JPMorgan pointed out that the retreat in bitcoin coincided with new inflows into gold.

"This suggests that institutional investors appear to be shifting away from bitcoin and back into traditional gold, reversing the trend of the previous two quarters," analysts led by Nikolaos Panigirtzoglou said in the report.
...
Click to expand... 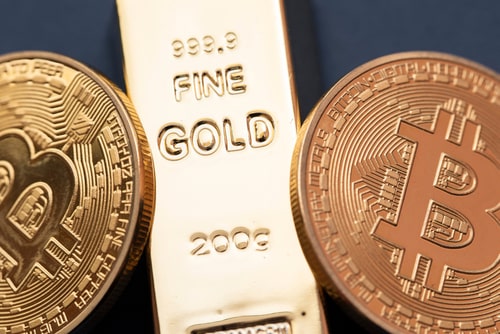 We'll see if it's really a trend or not. Bitcoin looks like it may have bottomed and is consolidating for the next leg up. Hedge funds, institutions, etc. are chasing yield. TPTB won't let gold run unabated, so I have to think that when Bitcoin begins it's next leg back up, it's going to attract the yield chasers again.

One-day swings of 31%. A slump amid a jump in U.S. inflation. Ever more critical regulatory scrutiny. Bitcoin delivered all of these in the past few days, undermining its claimed role as a portfolio hedge rivaling gold.
...
“For all of 2020 and pretty much up until April, Bitcoin has been the best performing asset, so it wasn’t hard to say it was an inflationary hedge given all the stimulus that keeps getting pumped into the global economy,” said Edward Moya, senior market analyst with Oanda Corp. “This week’s crypto plunge and rebound was a wake-up call. Bitcoin will still act like a leveraged risk-on trade and not a proper inflation hedge.”
Bitcoin volatility rising as gold's drops

Bitcoin’s 60-day realized volatility is far higher than that of gold and currently pulling away. ...

Gold, meanwhile, is heading for a third weekly gain, bolstered by a weaker dollar and wavering Treasury yields, which boost the allure of non-interest-bearing bullion. It’s also benefiting from the crypto crash, according to Brian Lan, managing director of Singapore-based dealer GoldSilver Central Pte.
...
Click to expand...

Yeah' perhaps it is a generational thing (-;

Hopefully we get ignored when it goes up in similar fashion

Well, if Basel 3 is a real thing, I expect some volatility ahead of the July and Jan deadlines. I don't know exactly how this is going to play out but it would seem that some bank trading desks need to liquidate short positions. Maybe they are getting some help to do that.

Then again, maybe folks are moving away from the paper markets to the physical. I wonder what the trading volume looks like.

The spot chart looked funny yesterday - going flat for several hours like no one was trading.

Yes the two combined could be something the short holders would be very pleased to see prices down for.

Looks like we are through the low that we might expect from half year end and any Basel 3 requirements ....

Looks like metals are on sale (if you can find any without ridiculous premiums).

Hopefully the weak hands are gone as a result of this sudden selloff and when taper tantrums erupt, the metals are much less effected by the 'sell everything' mentality of the herd.

But as long as the futures markets are so easily played, we must remain patient.

Am I right in thinking that silver has suffered more from the recent beat down ? GSR was 65, now 75
Its small beer compared to the 124 - 70 move in the opposite direction but why might they have done this ?
What does it tell us ?
C

IT ain't suffered as much as i have.

Hey Chigg, I'm still around 25% down on my silver purchase from 10 years ago .......
Been paying storage and insurance fees ever since

I see it as training in detachment rather than suffering

There have been times when I considered selling it and putting the money into crypto
I will advise all here when I do this, as it will signal a great time to sell crypto and buy silver
C

If it bumped up to 2000-30 an ounce I would be real tempted to sell out right now. One reason is I've had a bad case of want to buy a boat fever for about 3 months and I can't seem to shake it.

You know that's an accident waiting to happen. So much shiny lost to the depths.
C

IT is kind of ironic.

The nonsense of the last 18 months has caused a lot of thinking and re prioritising ....
Is it now the time to spend the rainy day money and if it is, what do we spend it on ?
How long will we be around for ? Fun now or survival later ............

Im tempted to say fukk it and buy the toys but it seems that lots of others are having similar thoughts and prices are waay up.
Do we wait for the great die off that many predict and get lots for our shiny ?

This does require surviving though and a winnebago may not be much use when fuel and spares are not available .....
Perhaps we spend on getting healthy/ staying healthy ? This would include mental health though and that requires toys
C

Your right rb, boats sales have been at record highs the last 18 months. So no deals.

Growing uncertainty surrounding U.S. central bank monetary policy prompted some hedge funds to jump back into the gold market, according to analysts looking at the latest trade data from the Commodity Futures Trading Commission (CFTC).

Although Federal Reserve Chair Jerome Powell said recently that he expects the central bank to release its plans regarding reducing its monthly bond purchases by the end of the year. Some analysts have said that it is improbable any road map will be released later this month, and this delay has provided some initial support for gold.

"Our economists believe that [Friday's] labor market report will influence the U.S. Fed and consider it unlikely that so-called tapering will be announced either at the upcoming meeting on 21/22 September or at the following meeting in early November," said Daniel Briesemann, precious metals analyst at Commerzbank.

The CFTC disaggregated Commitments of Traders report for the week ending Aug. 24 showed money managers increased their speculative gross long positions in Comex gold futures by 9,919 contracts to 136,555. At the same time, short positions rose by 3,686 contracts to 54,878.

Gold's net length now stands at 81,677 contracts, up 8% from the previous week. Renewed interest in gold helped push prices to $1,820 an ounce, nearly a one-month high.

"After aggressively increasing long gold exposure last week, money managers again hiked their net long holdings as prices continued to migrated into $1,800/oz territory. Investors also grew their long positions in response to signals coming from Fed Chair Powell, which suggested that the US central bank is tilting policy emphasis toward full employment and that it has no major inflation concerns, suggesting no material removal of stimulus," said commodity analysts at TD Securities. "However, while the market believed that the Fed may tolerate temporary inflation spikes and rates slid lower, some money managers added short exposure nonetheless."

While hedge funds continue to see value in gold, the silver market remains relatively lackluster. However, some analysts note that silver has more bullish potential.

The disaggregated report showed that money-managed speculative gross long positions in Comex silver futures increased by 914 contracts to 49,008. At the same time, short positions dropped by 735 contracts to 36,735.

Silver's net length stands at 12,273 contracts, up 15% from the previous week. During the survey period, silver prices push above resistance at $24 an ounce.
...
Click to expand... 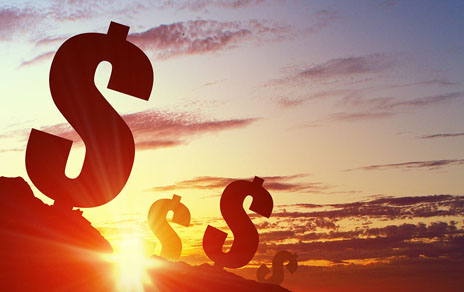